The People Behind Your Seafood

Fishing is the last wild hunt on our planet today at a commercial scale. We’re grateful for the salty heroes that supply us with local, sustainable, American seafood! It’s a dangerous job with long hours and we appreciate all of their hard work.

The United States has some of the strictest fisheries management in the world to help ensure environmental sustainability. Unfortunately, studies show that roughly 60-90 percent of seafood consumed in the United States is imported instead of sourced domestically. You can vote with your dollars to support local West Coast fishermen by choosing species like rockfish (rock cod), sablefish (black cod), petrale sole, dover sole, California halibut, and king salmon.

Scroll down to learn more about some of the crew we work with and the conservation story behind these local species. 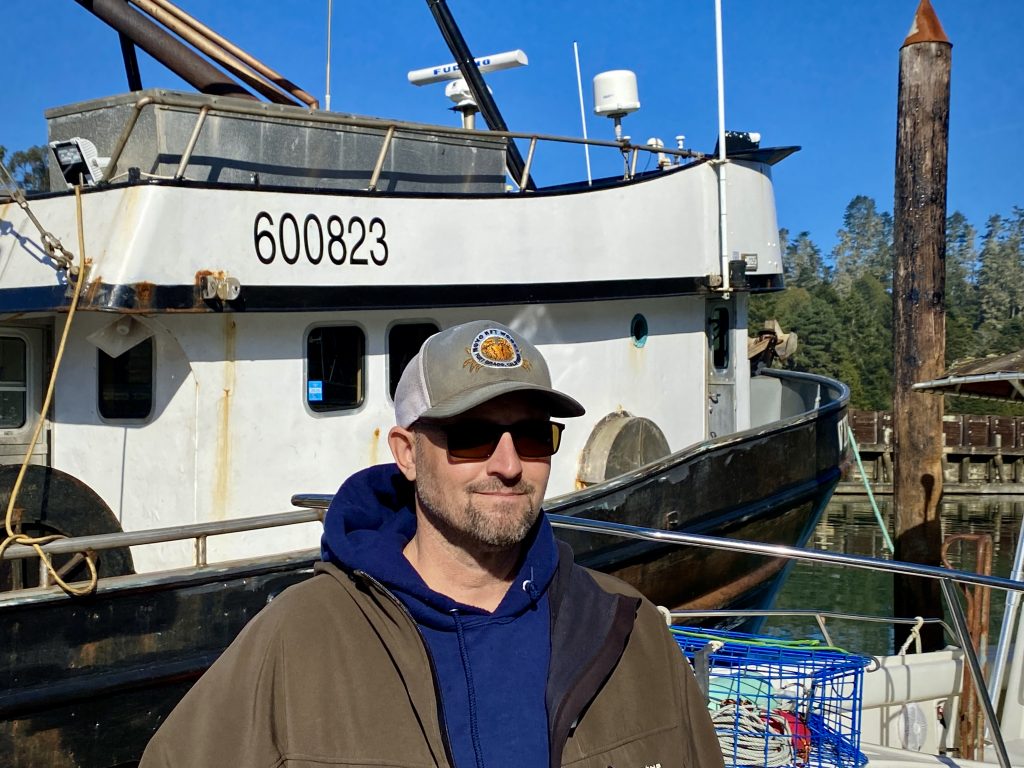 Brian is a third-generation fisherman born and raised in Fort Bragg. He always wanted to be a fisherman as it was part of his family. Both of his grandfathers were groundfish fishermen and he recalls his Grandpa Gene picking him up after school where the two would join his dad and uncle fishing.

Brian’s father, Robert, was not only a fisherman but also a steelworker who built a total of thirteen fishing boats, including the two groundfish vessels catching for Lusamerica today.

Brian is married and has two daughters.

Dave is true born and raised local in Fort Bragg and he’s a seasoned groundfish fisherman. His father was a fisherman and Dave continued down the same path once he finished high school. Dave has experience fishing for Dungeness crab, pink shrimp, and groundfish like rock cod, sole and black cod.

“I like fishing for groundfish best because you can do it while still having time with your family.”

Some types of commercial fishing require you to be away from home for months at a time, but Dave takes his boats out for one to two-day trips out of Fort Bragg, which allows him to maintain quality time with his wife and two girls.

Fun Fact: They used to call him “Ice Man” in high school basketball because nothing ever rattled him and he always played it cool on the court. This skill proves valuable to this day when tasked with navigating stormy winter swells. 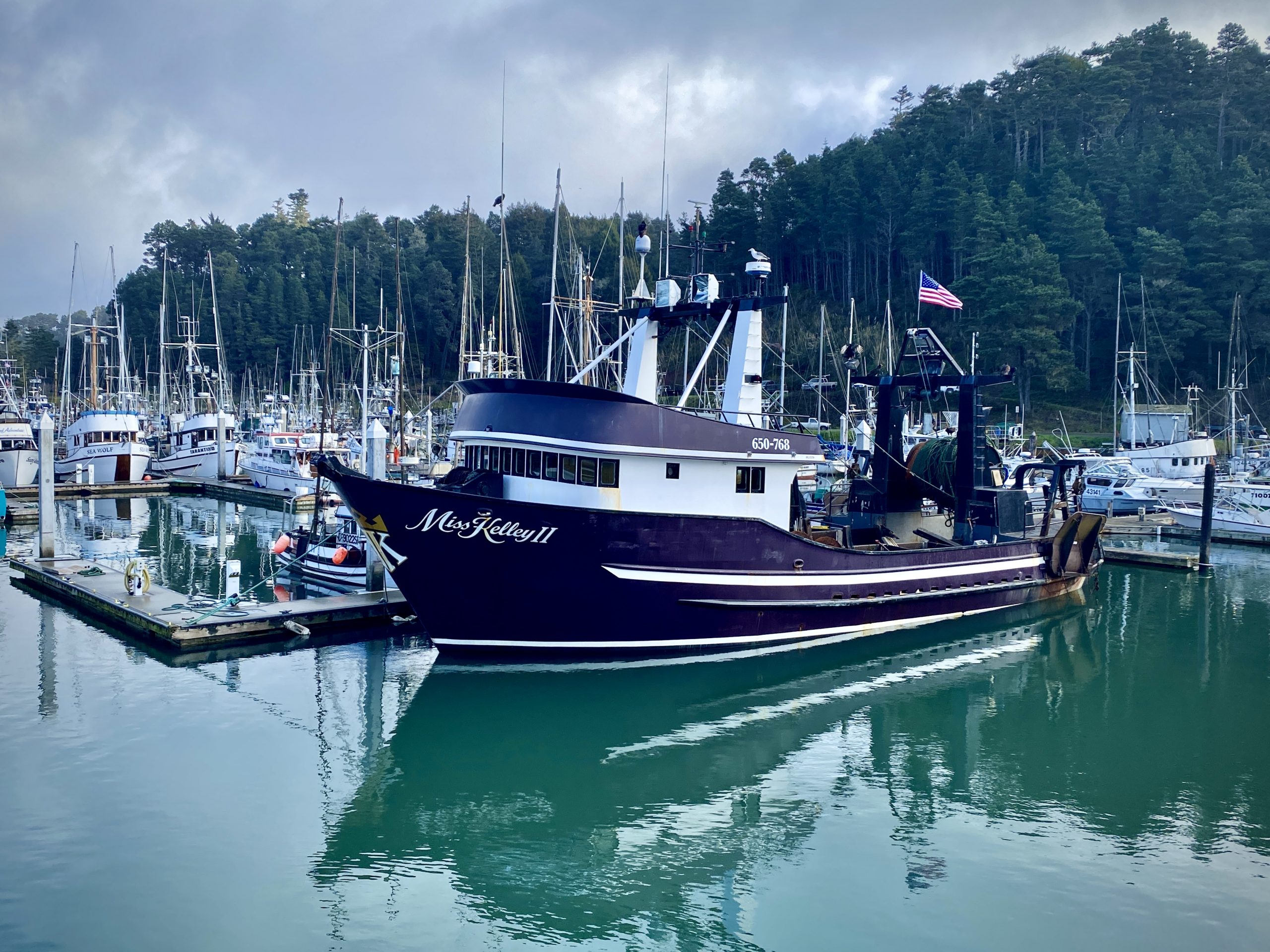 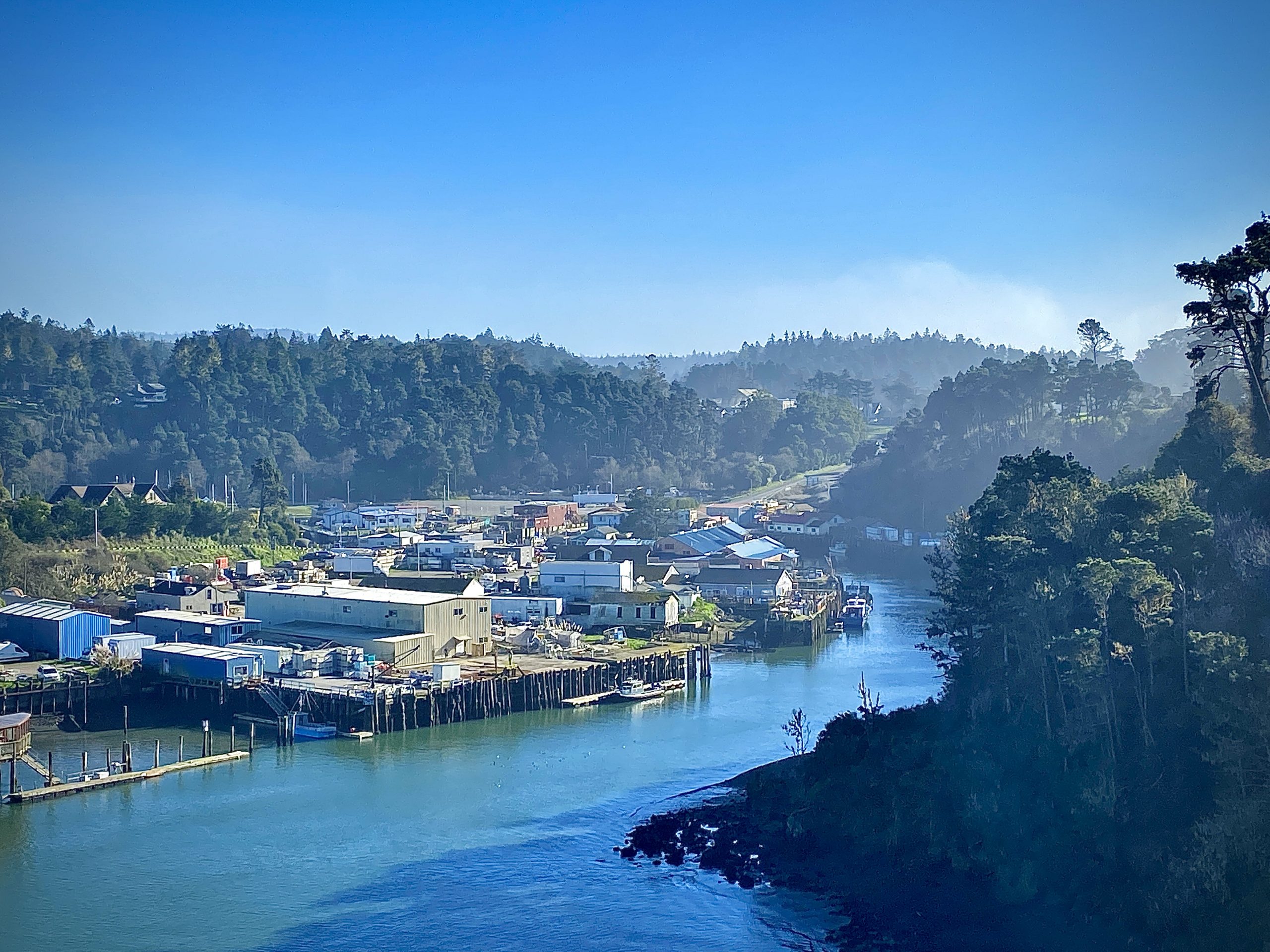 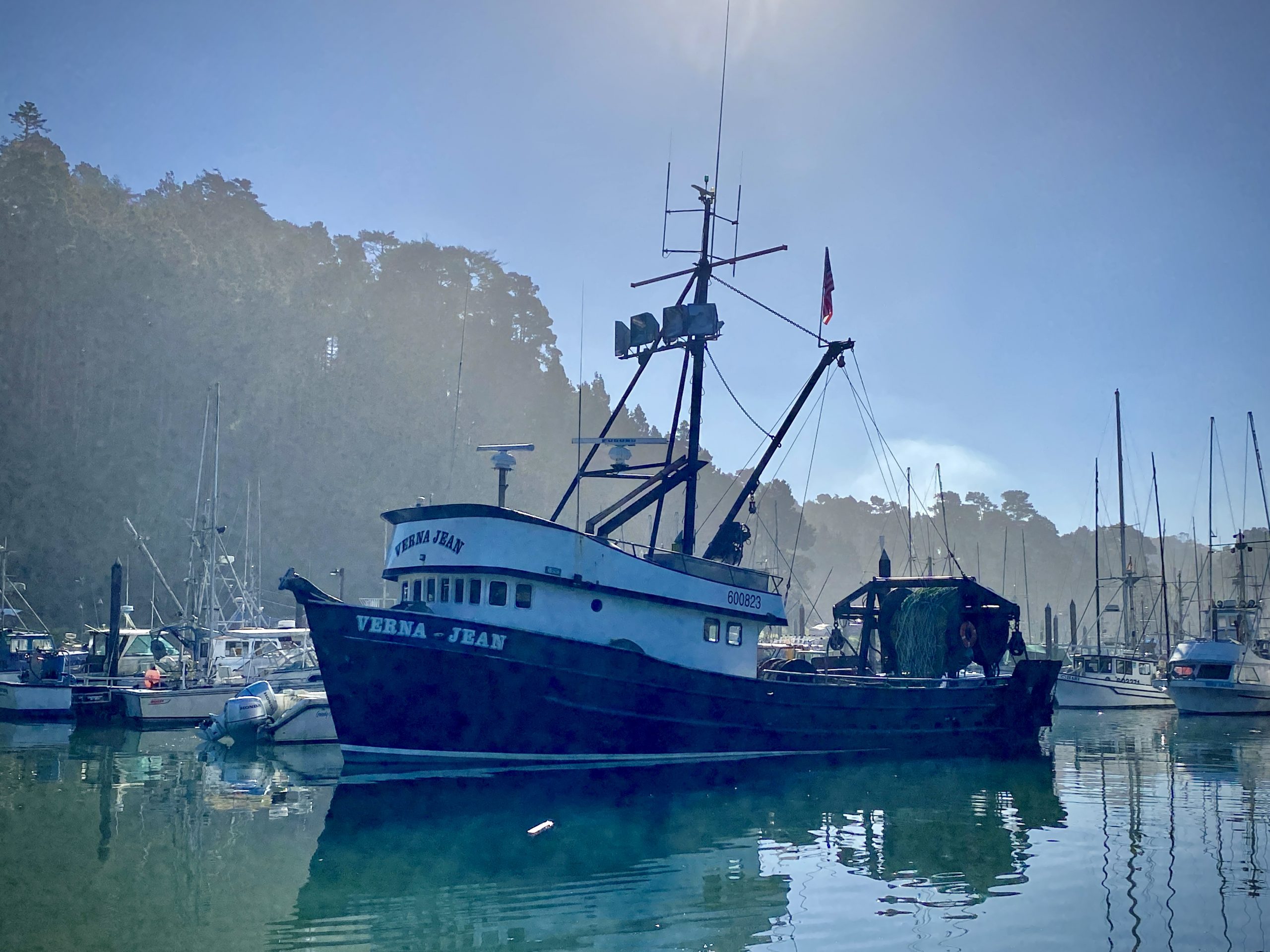 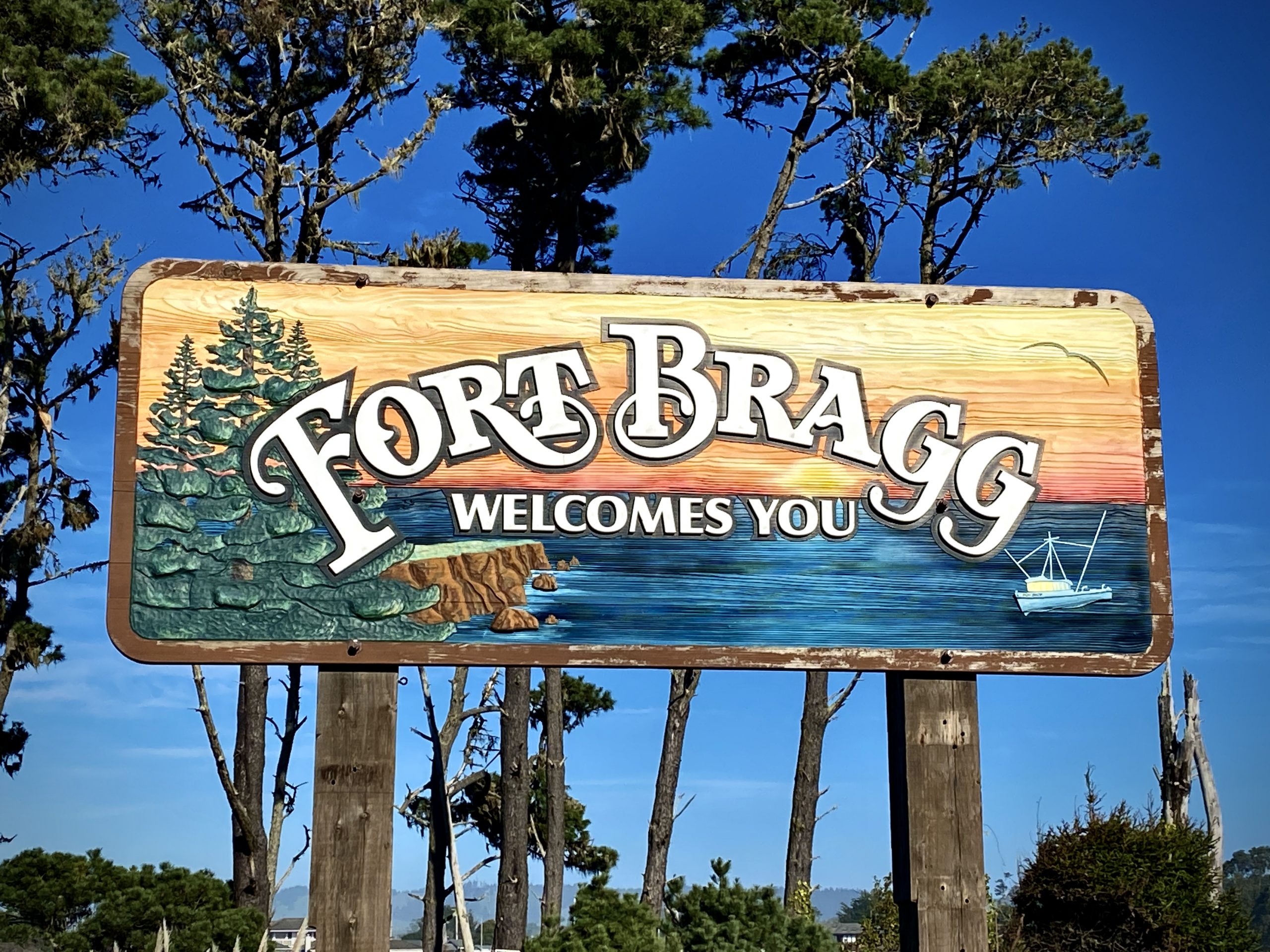 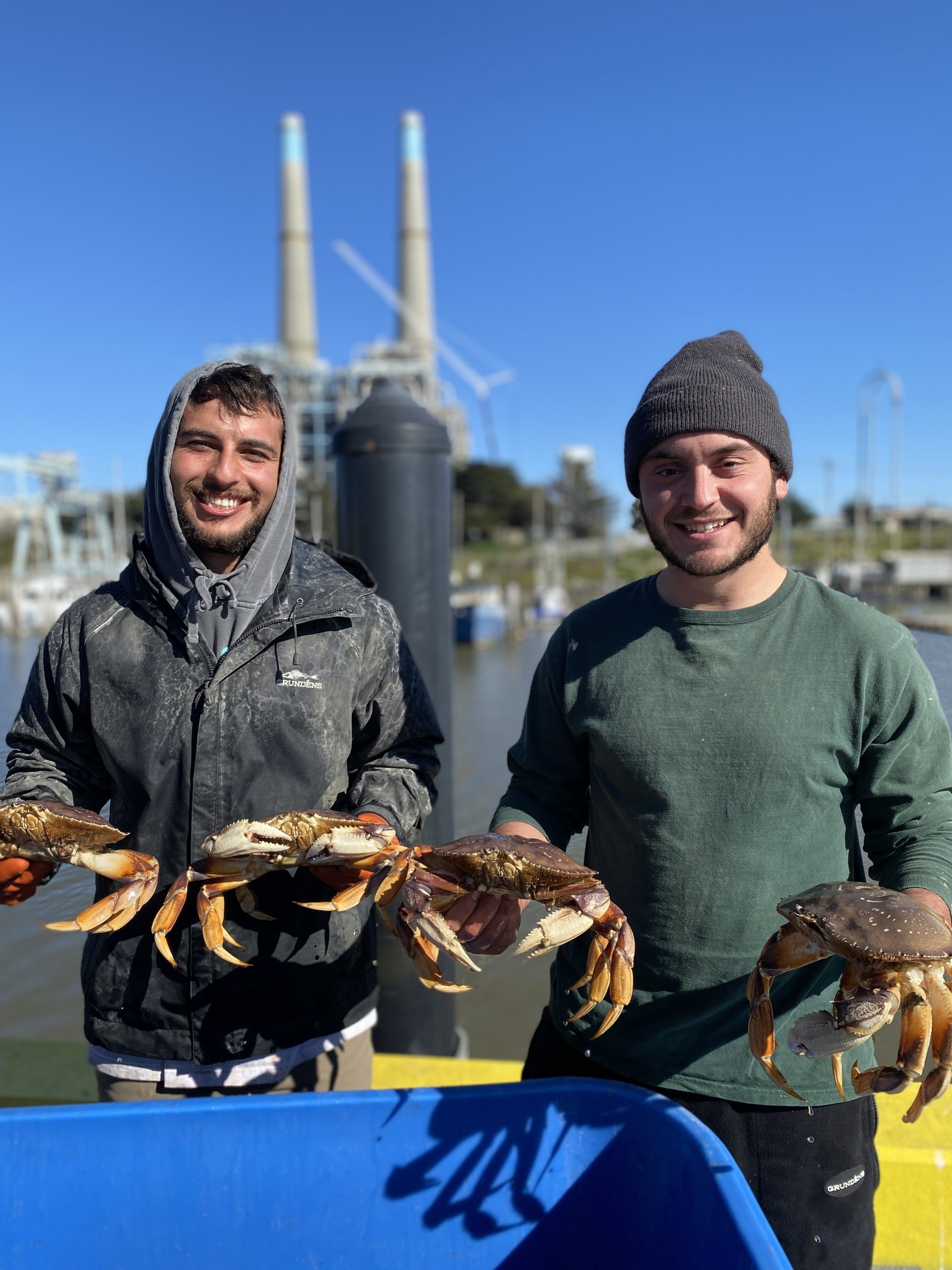 Frankie and Derek are a couple of 25-year-olds from Monterey that have been friends since seventh grade. Frankie is a fourth-generation fisherman who has been fishing his whole life. His dad didn’t have a babysitter so always brought him along fishing.

“I love the freedom of fishing. I like setting my own hours and working for myself. Plus the shit I get to see out there on the water is priceless.”

Derek is on the newer side of fishing and started when the pandemic hit. There weren’t many jobs available at the time and Frankie invited him to fish for salmon. Derek enjoyed it and has continued being Frankie’s right-hand-man into crabbing season and beyond.

The two fish together four to five days a week. Frankie’s favorite seafood dish is halibut while Derek’s favorite is his Nana’s vinegar anchovies. 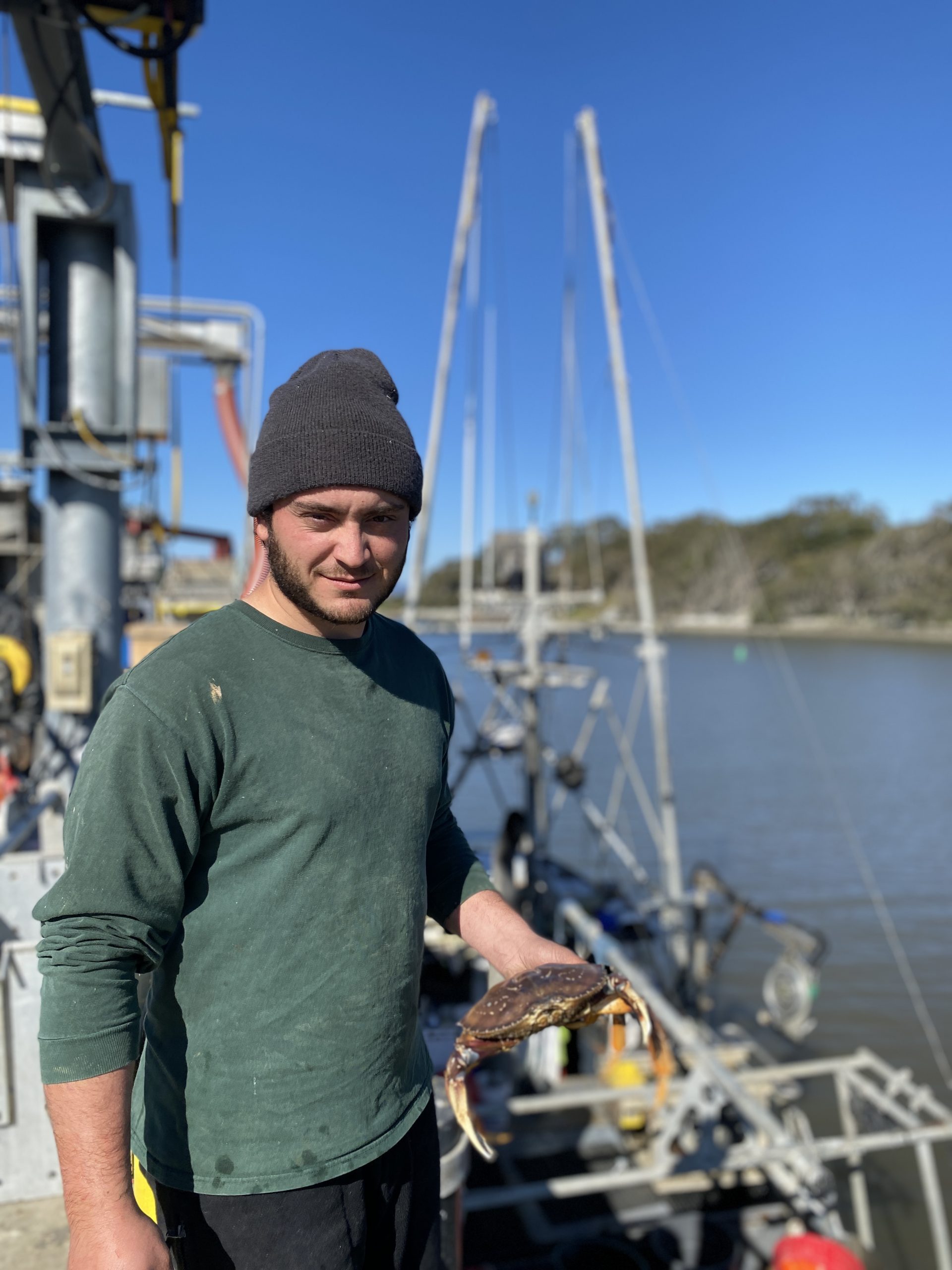 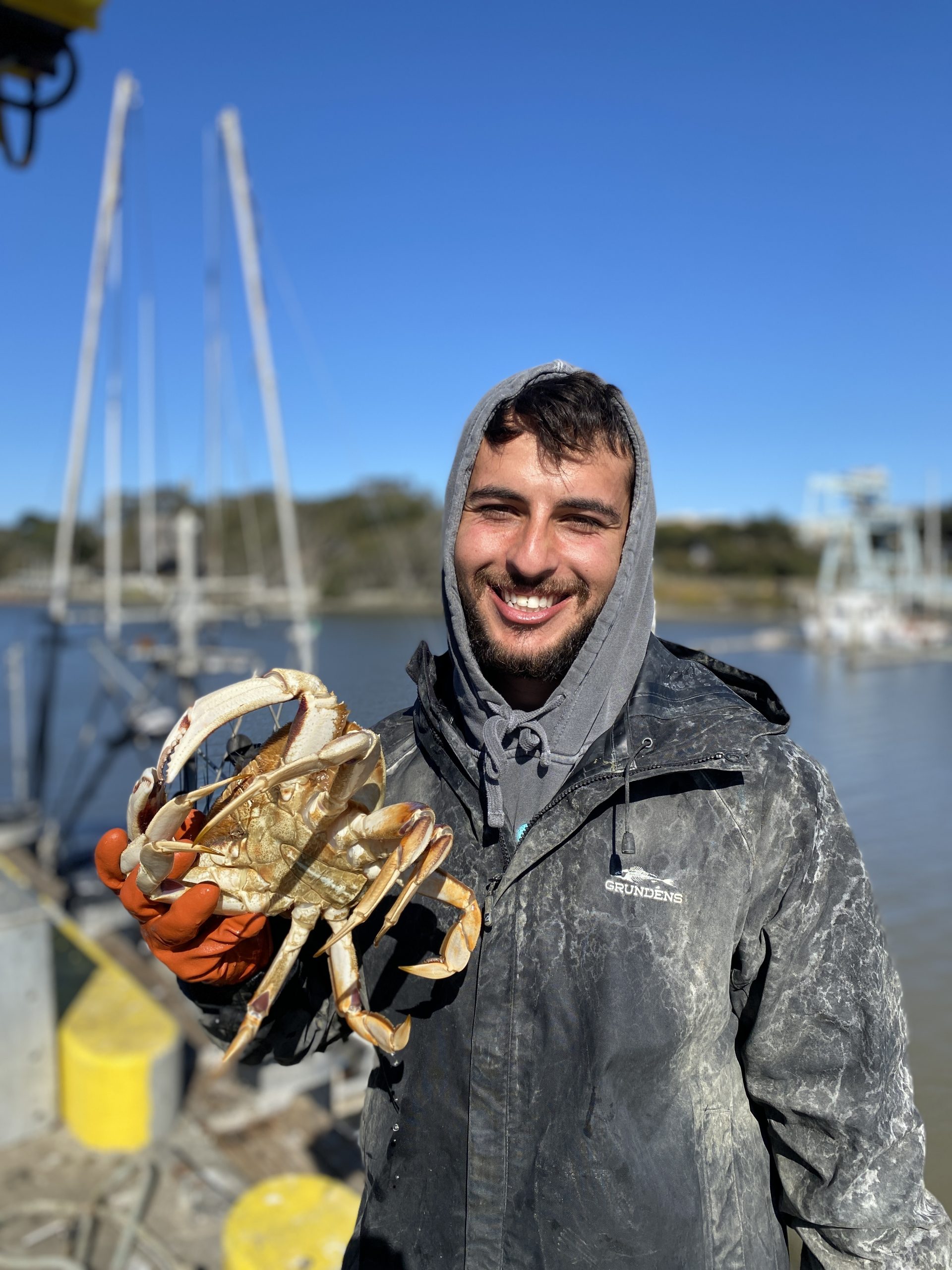 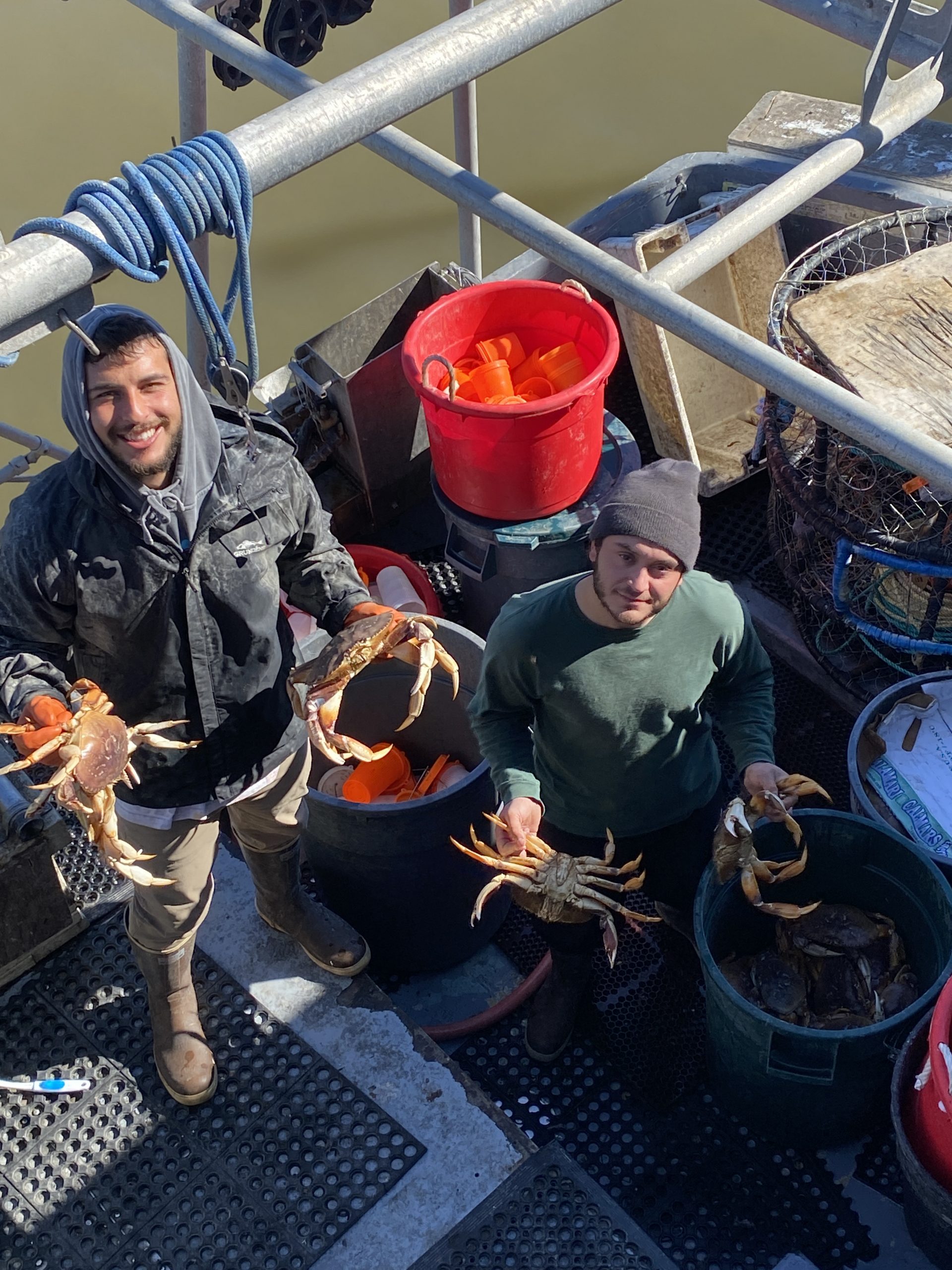 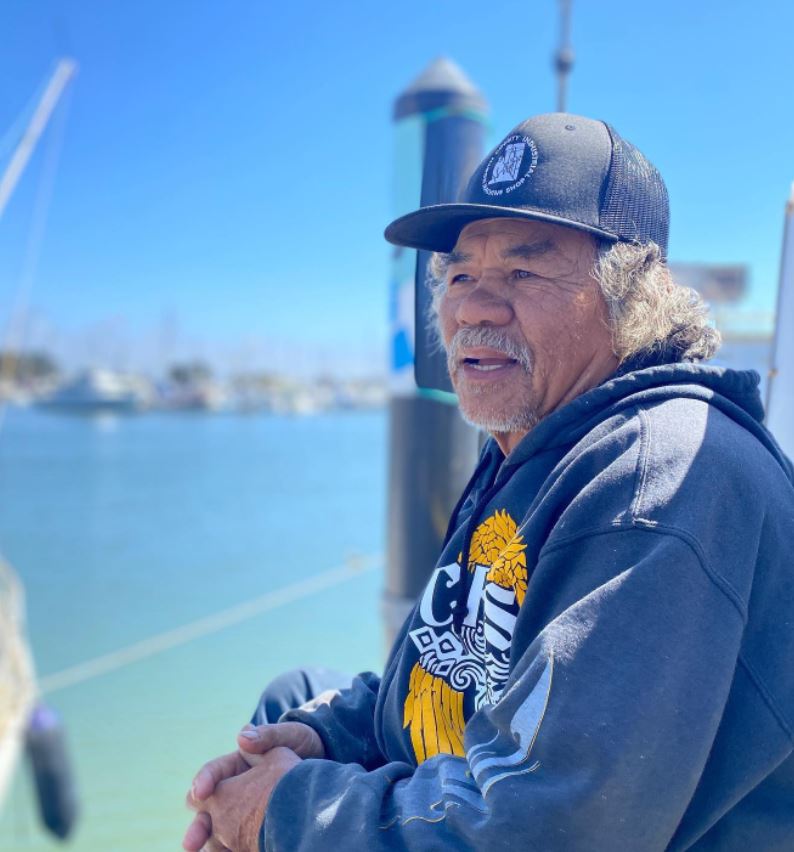 “In Vietnam, there were no jobs inland, so my father, uncle, brother, and I were all fishermen. I’ve spent my whole life fishing. I learned how to fish from my family when I was 13.”

After living in Vietnam, Tai Huynh and his family fled the communist regime and spent three hard years in a refugee camp in Hong Kong before making their way to America. “The camps were so crowded,” he recalls as he gazes at the long tin cannery style buildings by the dock, using it as a reference to explain the refugee camps filled with thousands of Vietnamese waiting for their asylum claims to be processed.

Finally, an American Catholic family sponsored Tai and his wife, and they only spent a short period in Chicago before moving to California. “Chicago was too cold and there was no fishing,” says Tai.

He’s lived in Moss Landing, CA since the early ’80s and has been fishing ever since. He owns and operates two fishing vessels: “Four Daughters” and “Three Sons”, the names of which reflect his family. Thank you, Tai, for supplying us with local black cod, salmon, rockfish and grenadier at our dock in Moss Landing Harbor located in Monterey Bay. 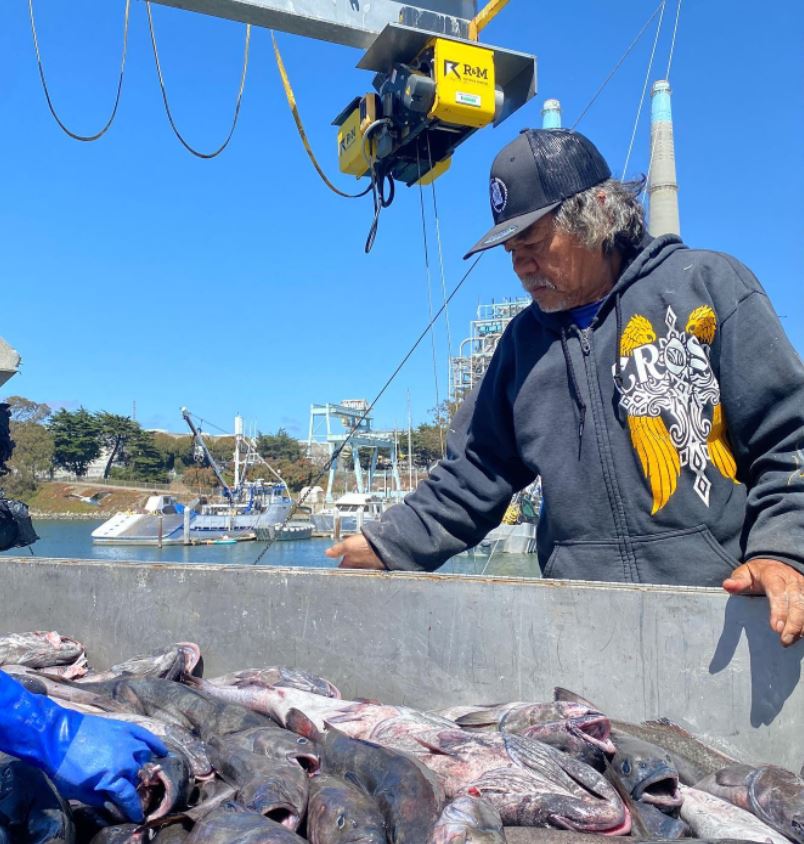 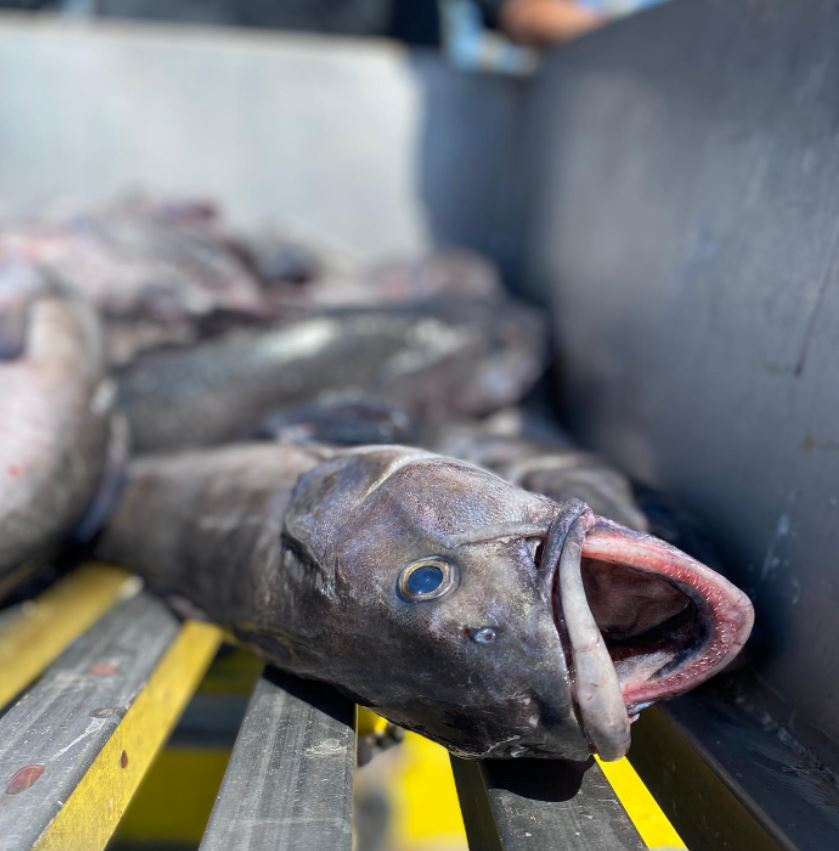 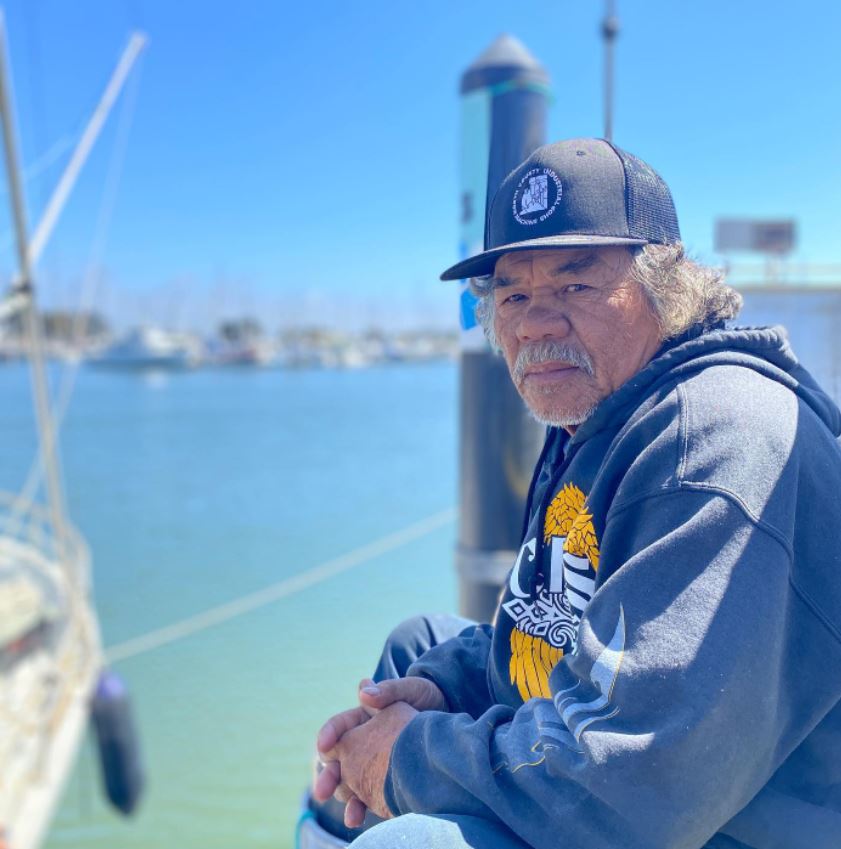 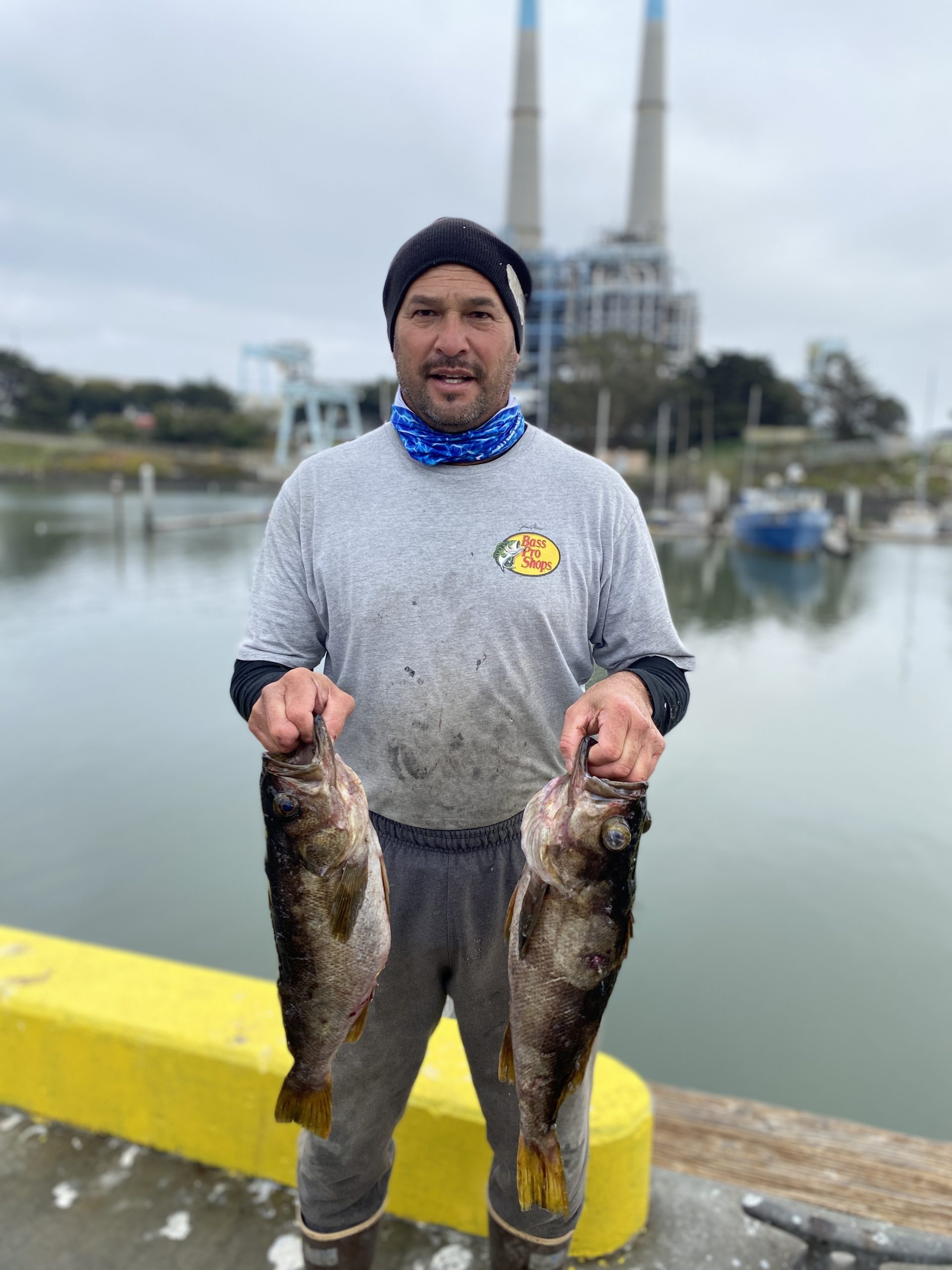 Milton is from Oahu, Hawaii and moved to California in 1989. He now resides in Hollister, just inland from Monterey Bay and Moss Landing Harbor. He loves fishing because he finds it very relaxing. When he’s not fishing, Milton is working on his boat or messing with his lures.

He always has ti leaves on his boat. They are native to Hawaii and are supposed to bring prosperity, protect the boat, and get him home safely. He also hopes the leaves will help him catch more seafood.

Milton’s favorite dish is poke. He loves raw fish and poke is a staple to Hawaiian cuisine.

Pictured Below: Milton’s local catch of rockfish, his boat “Dirigo”, and some of the Dungeness crab he caught. 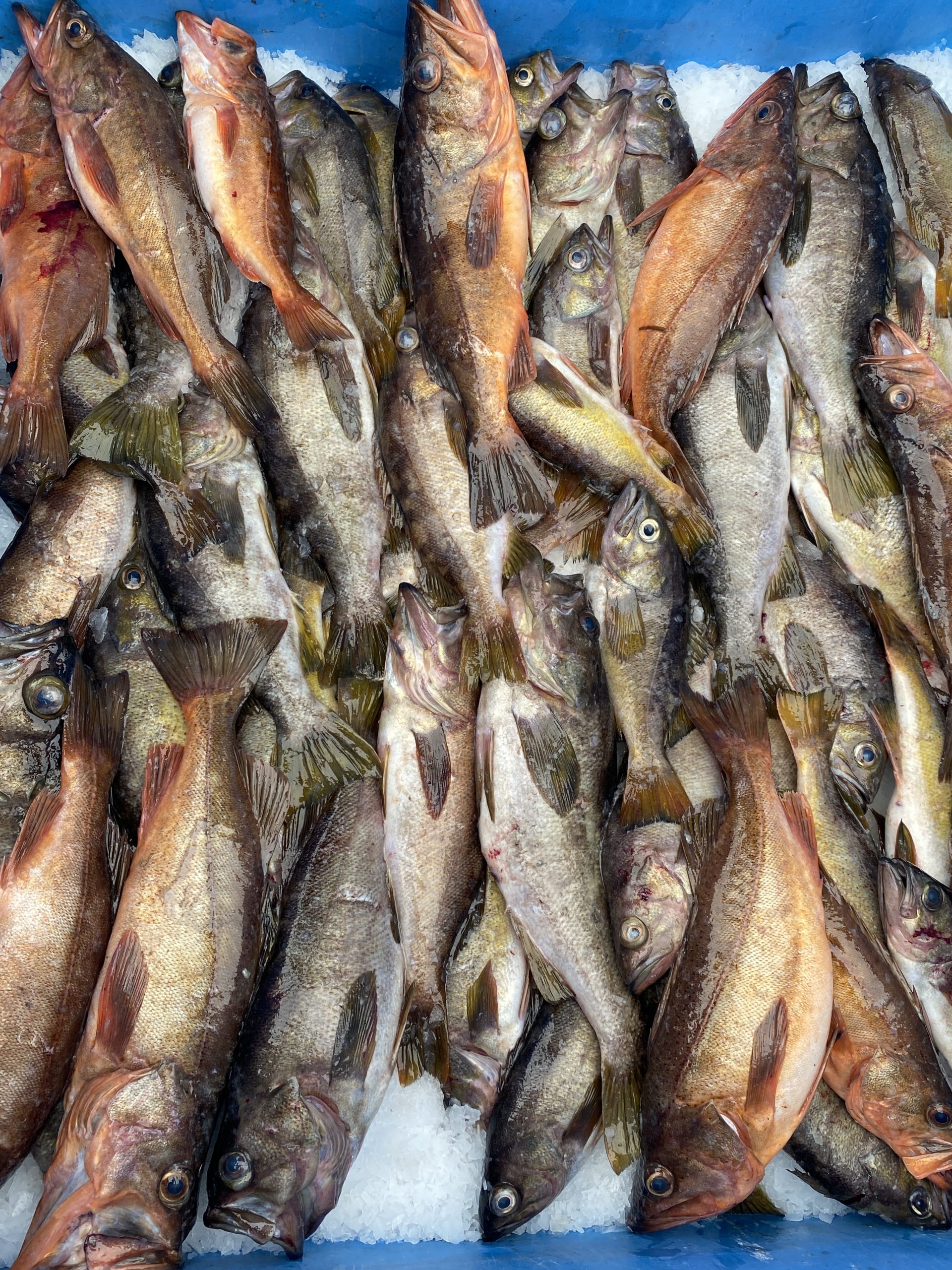 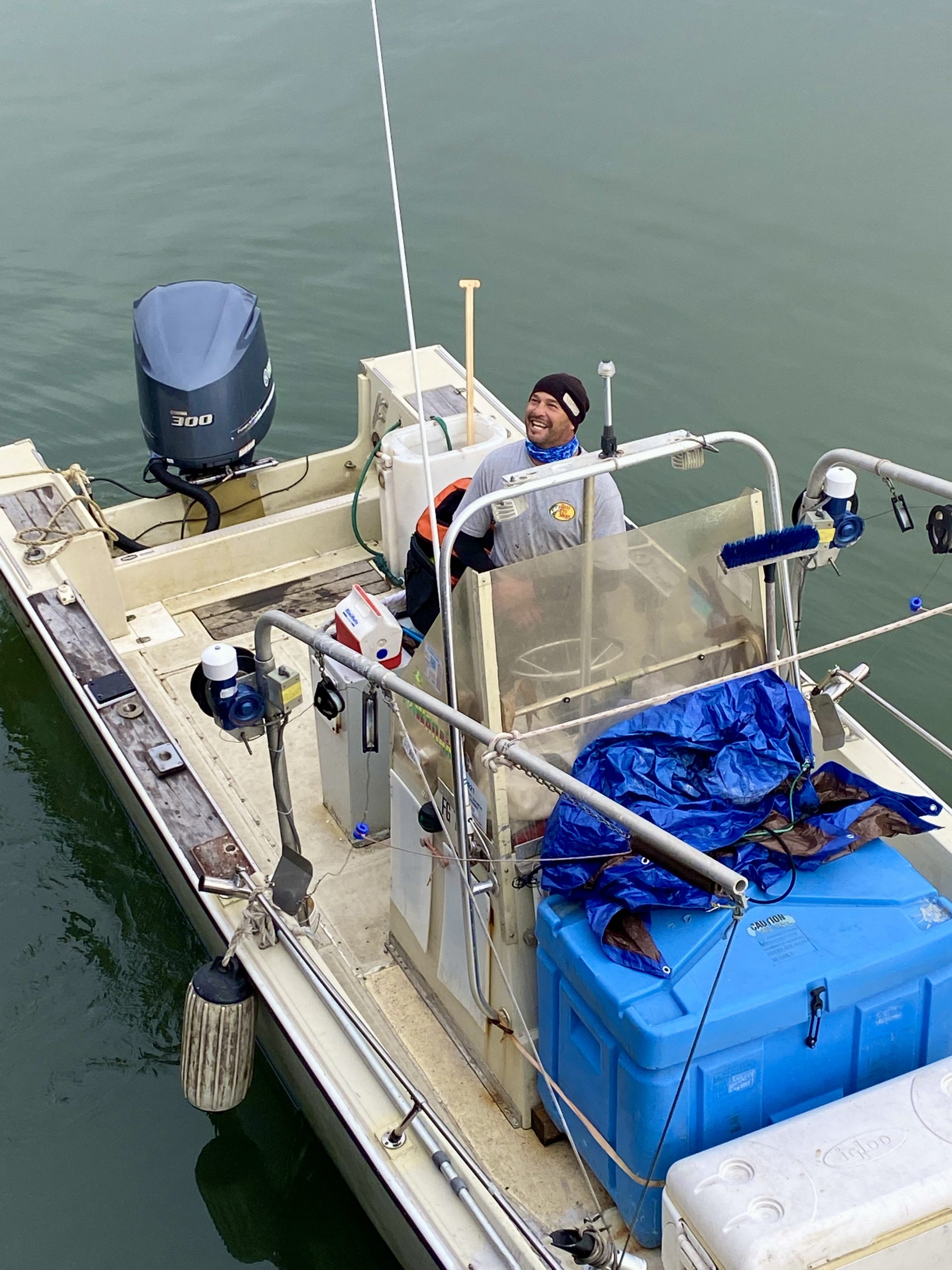 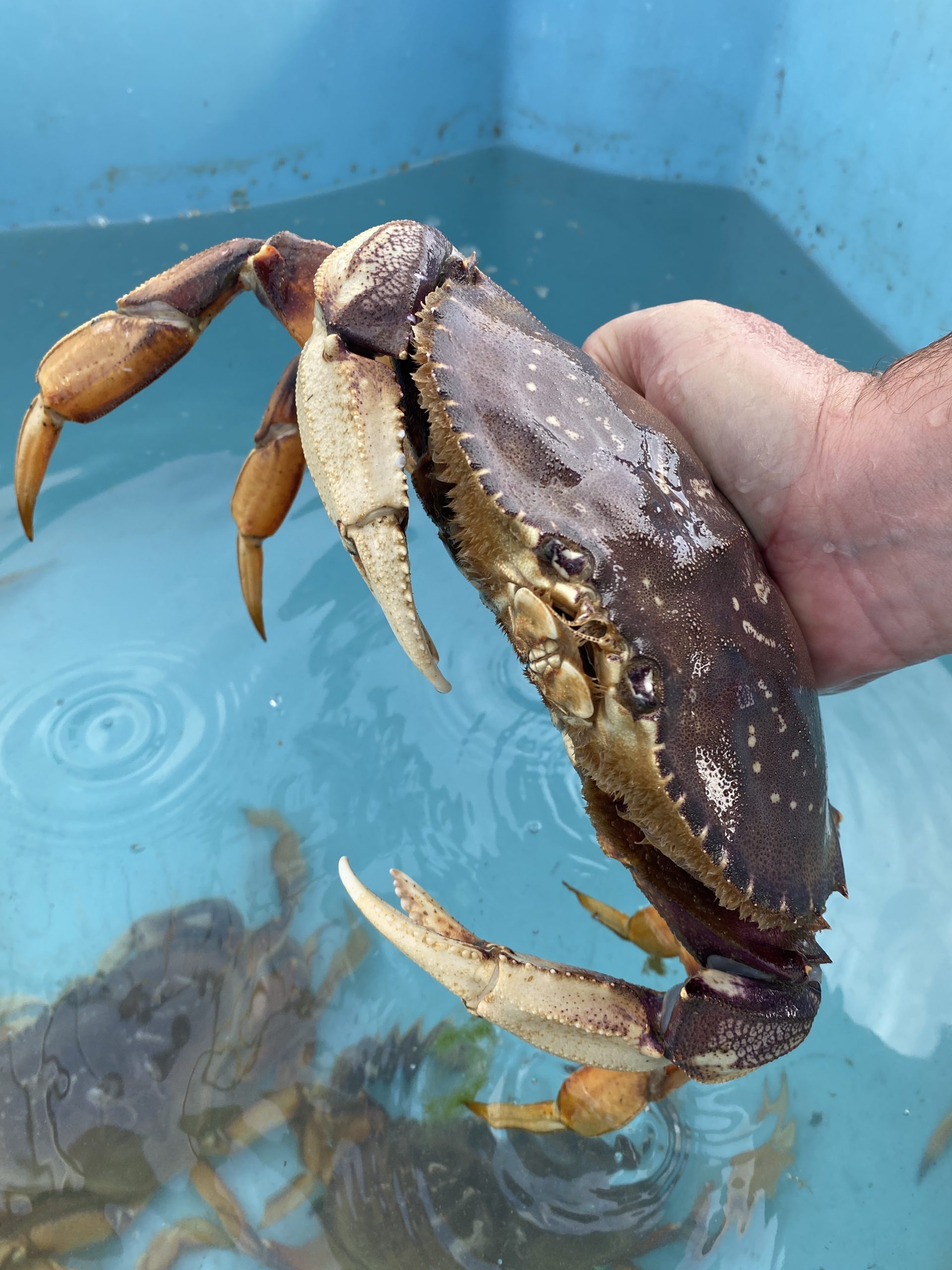 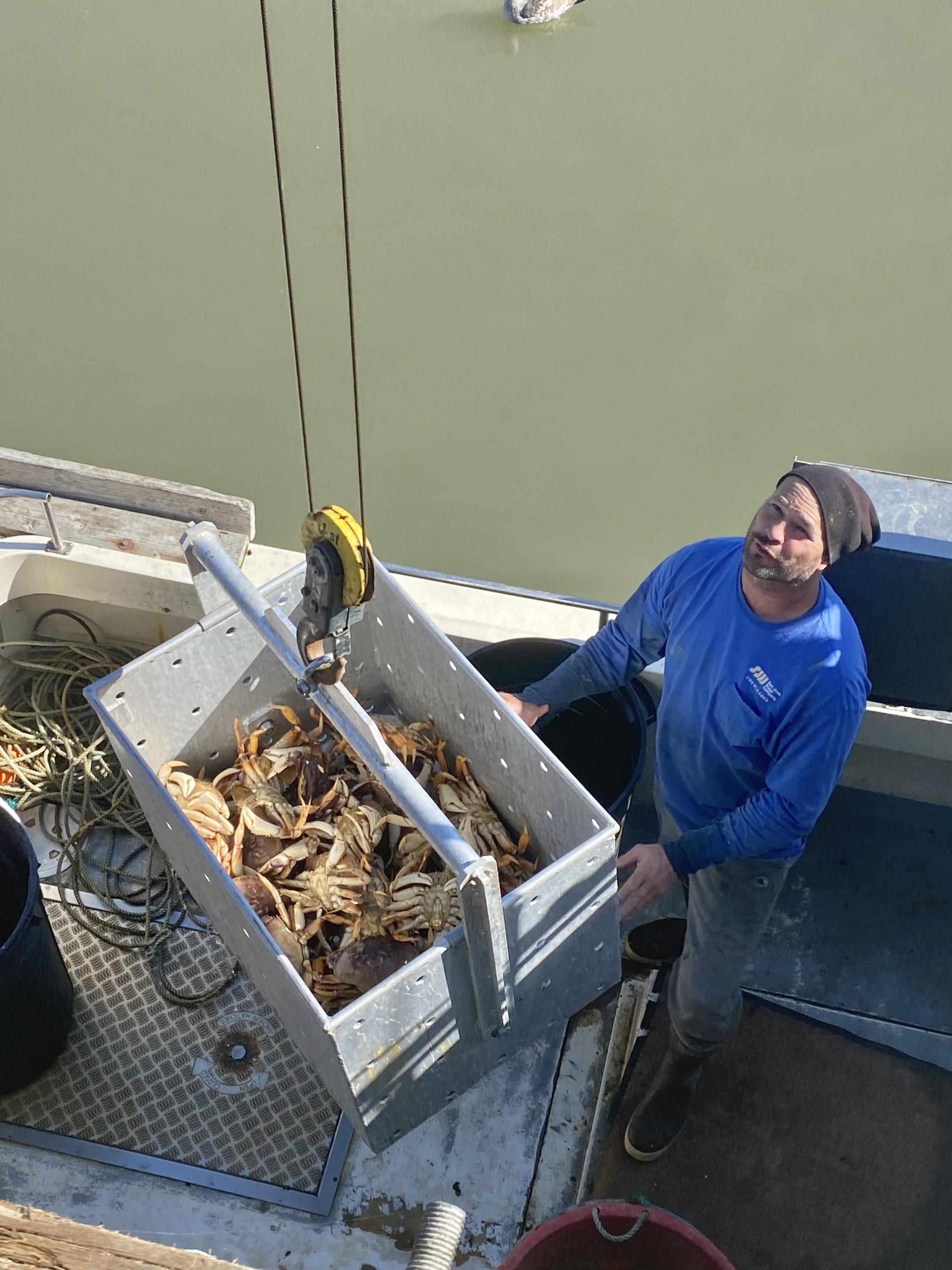 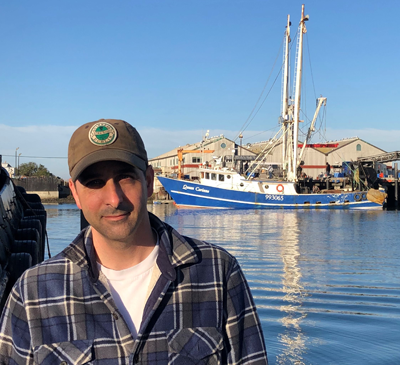 Scott Fosmark is a fifth generation fisherman from Monterey, CA whose childhood bathtub was the sink on his dad’s boat. His mother, Kathy Fosmark, has been an advocate for the small boat fleet for decades on the Alliance of Communities for Sustainable Fisheries, the Monterey Bay Sanctuary Advisory Council, and as the California Commercial Fishing representative on the Pacific Fishery Management Council. Scott came of age learning how to fish salmon, albacore tuna and swordfish on his dad’s boat, who fished out of Moss Landing for 48 years before passing away in 2017. Today, Scott is carrying on his dad’s legacy and is the proud owner of Fosmark Fisheries, LLC, and his boat, Queen Corinne, is the fishing vessel catching local California groundfish for Lusamerica. 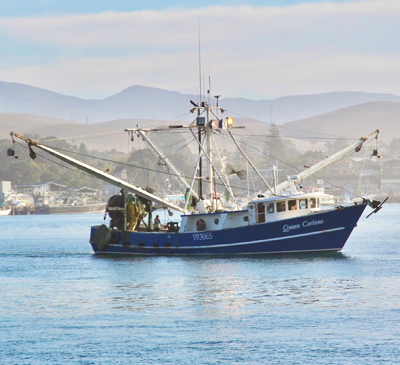 Scott Fosmark found Queen Corinne in Chauvin, Louisiana in 2015 and bought her from legendary boat builder Russell Portier. Queen Corinne was taken on an adventure through the locks of the Panama Canal all the way up to California. She was rebuilt and equipped for West Coast fishing and spent several years fishing for shrimp out of Brookings, Oregon. Scott is glad to finally have her back in California at Moss Landing Harbor in Monterey Bay.

What are local groundfish?

While you might not be familiar with groundfish, it’s the backbone of many U.S. West Coast fishing communities. Groundfish are the bottom-dwelling fish along the seafloor and include rockfish (aka rock cod), sablefish (aka black cod), lingcod, sole, sanddabs and many other species.

We want to highlight these local species and help revitalize our West Coast fishing community. Today, America has some of the best management practices in the world to reduce our impact on the ocean and to help struggling marine life, but many people don’t realize roughly 60-90 percent of the seafood we consume is imported. Let’s opt for local seafood to support our fishing community.

After being overfished in the ’90s and being declared a federal disaster in 2000, West Coast groundfish has made dramatic improvements. Fishermen, regulators, and environmentalists worked together to set up science-based management practices including catch limits to prevent overfishing, areal closures to protect sensitive habitat, observer coverage to ensure regulations are followed, and gear modifications to reduce bycatch. Scientists anticipated it would take roughly 80 years for these species to bounce back, but the new management measures worked so well it took less than 15 years! In 2014, the fishery received Marine Stewardship Council certification and the Monterey Bay Aquarium Seafood Watch program upgraded 21 groundfish species from their red-rating to either yellow or green. The groundfish rebound shows that our ocean is resilient and that sustainable fishing is achievable when proper science-based management is enacted. You can help West Coast fishermen by choosing these tasty, local fish. 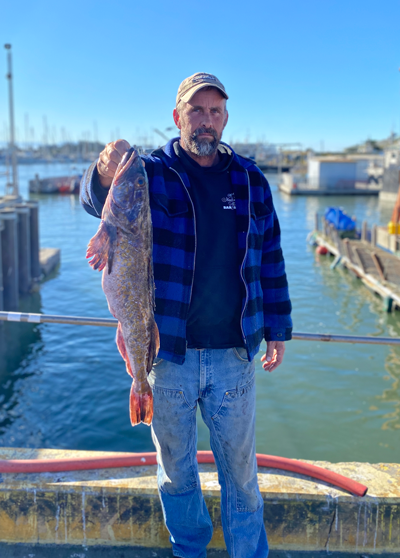 Playing our part to help protect our ocean.

Get an inside look into our processing facility. 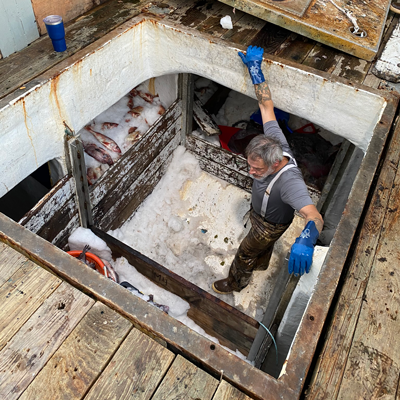 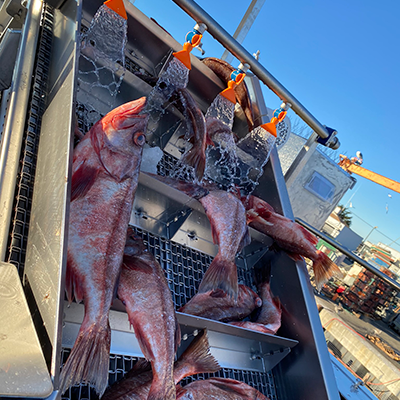 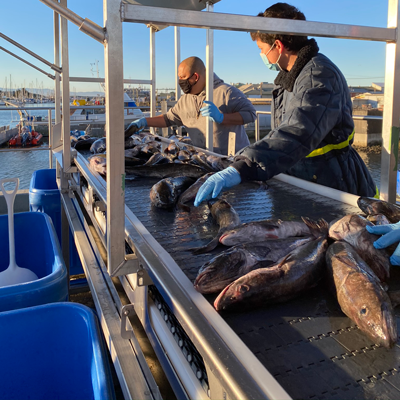 Family, woman and minority owned since 1975 distributing seafood to the Western United States and beyond. 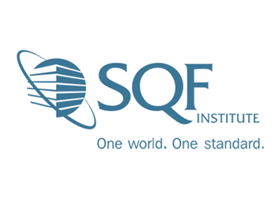 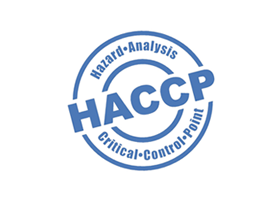 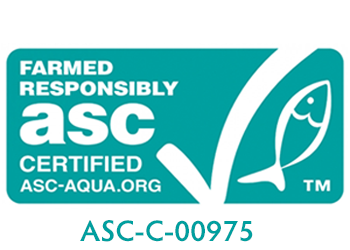