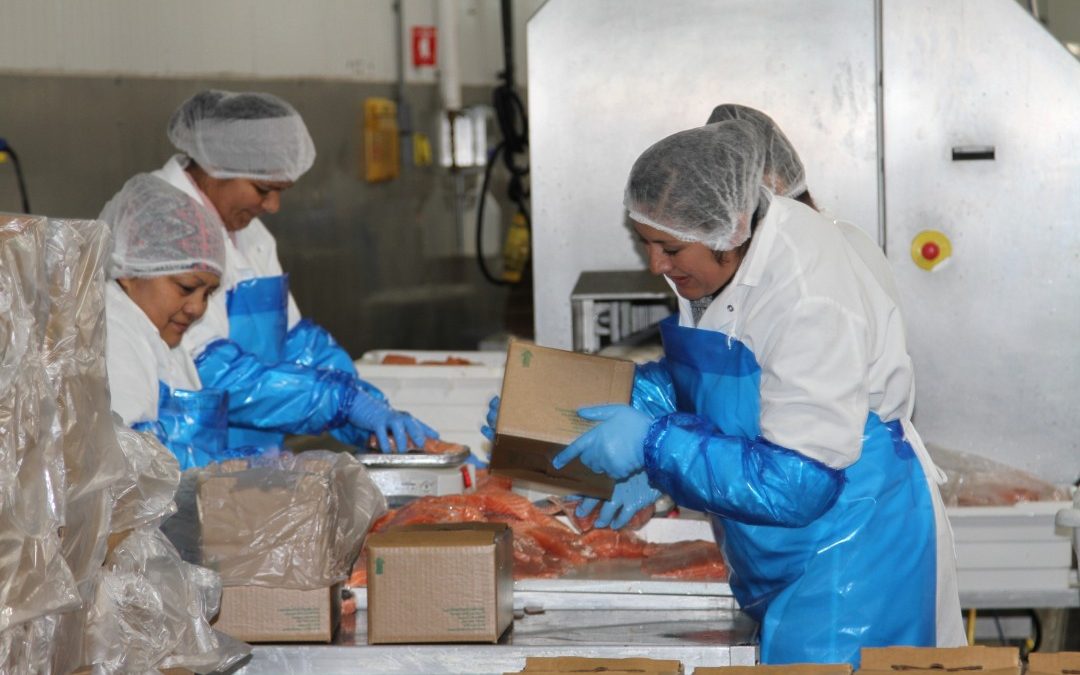 Women leadership in the seafood industry is scarce. Women represent roughly half the work force, but only four of the top 100 global seafood companies are led by women, according to the most recent report by the International Association for Women in the Seafood Industry (WSI). However a couple companies are breaking the mold, including Lusamerica Foods, a seafood wholesaler, processor and distributor based in Morgan Hill. 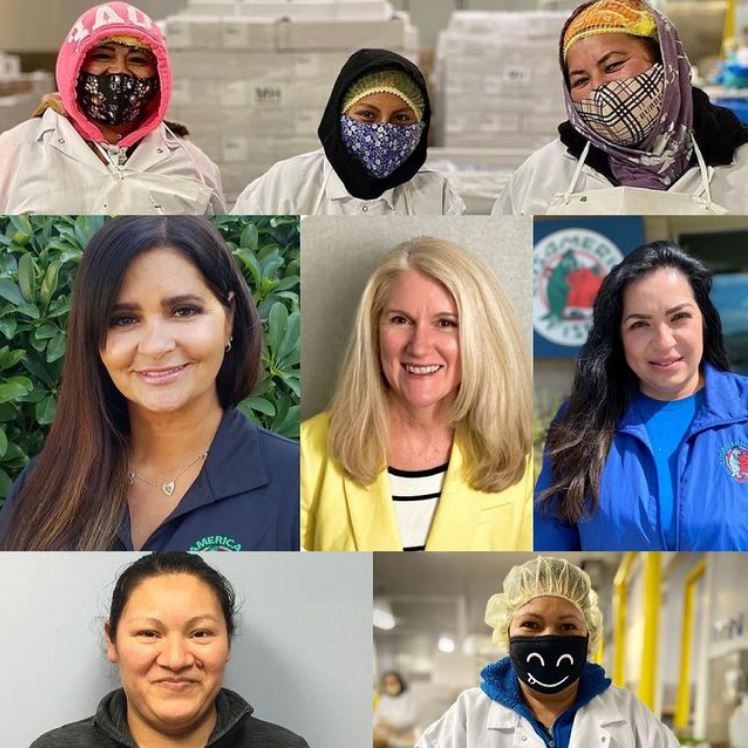 rica hired their new Chief Operating Officer in April last year. Her name is Louise Moretti (pictured in the center of the collage above) and she now joins the executive ranks of the seafood company with plants in Fife, WA; Vernon, CA; and their headquarters in Morgan Hill, CA, about a half hour south of Silicon Valley.

“Prior to joining Lusamerica, I worked with them in a consulting capacity which provided insight into the company and the family, making the decision to accept a leadership role an easy one.” says Louise.

Lusamerica is not only a family-owned company, but also a woman-owned company. Ana Frederico, the largest shareholder and VP of Finance, and her husband, Fernando Frederico, started the seafood company in 1975 after emigrating from Portugal. Ana borrowed $1,000 from her parents before moving to California and the couple used the funds as seed money to start the business.

“The seafood industry is helmed by men,” says Julie Kuchepatov, the founder of SAGE (Seafood and Gender Equality), an initiative dedicated to uplifting diverse women’s voices in global seafood production.

“We need to see more seafood companies investing in women and bringing them into top leadership positions. It’s great to see companies like Lusamerica recognizing the importance and value of women leaders at the highest levels,” says Julie.

This past November, SAGE held a social media campaign, called #SeafoodSmize to highlight women behind the scenes in the seafood industry. Lusamerica participated with a photo of the “Ceviche Sisters”, a photo of three ladies from their prepared foods department smiling with their eyes (aka smizing) over a tub of ceviche. 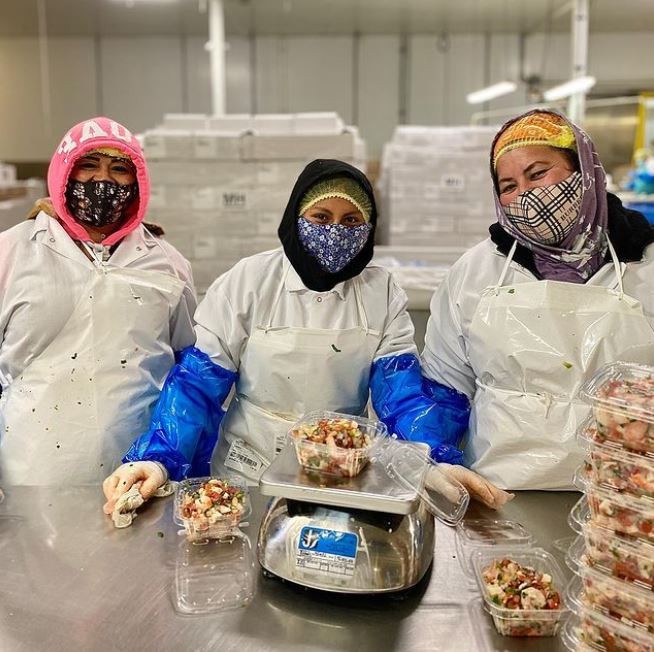 Women like these represent the backbone of Lusamerica’s company and the seafood industry as a whole, as some estimates suggest that globally women make up 90% of the seafood processing workforce.

Learn more about the women featured in the top collage on Lusamerica’s Instagram. They are only a handful of the 190+ women employed by the company.

Click a category to view recipes by seafood or news from our blog.